You can launch sooner than you think

You can launch sooner than you think.

Disney recently showed a perfect example of launching quickly with fewer features. They’ve enjoyed a successful launch of their new streaming platform, Disney+. Despite a few hiccups on day one, it seems to have been a wild success, launching with 10 million paying users.

That said, they left off some pretty basic functionality at launch:

Things we need from #DisneyPlus

It seems silly to not have a ‘resume’ feature in a streaming platform. But is this impacting their metrics for success?

Nobody isn’t subscribing because of the current lack of the feature. And I doubt anybody asked for their money back. They invested time and energy into many things that are paying off.

I’m certain they’ll add each of these features in short order. Delaying the launch even 1 month would have cost them millions ($7/month x 10m users). And waiting for all things that are ‘supposed’ to be on a streaming platform would have opened themselves up to building unnecessary features and taking shortcuts that would slow them down.

Building features that don’t add user value is the downfall of many product teams. Assuming you know which features are needed is a recipe for disaster. It’s why the main cause of product failure and agile failure is leadership dictating outputs. A common pitfall of product teams is investing serious time and money to build before you get customer validation and clearly tie it to a. success metrics and b. user value.

Disney+’s lack of resume reminds me of the first iPhone (which didn’t have copy/paste) and the legendary stories of the golden path in the initial iPhone demo. We forget just how far many products have come.

Reid Hoffman said that if you aren’t embarrassed by the first version of your product, you’ve launched too late. Why? Because you delay your chance to learn and lean into giving users value.

Disney did it. Apple did it. We can do it. 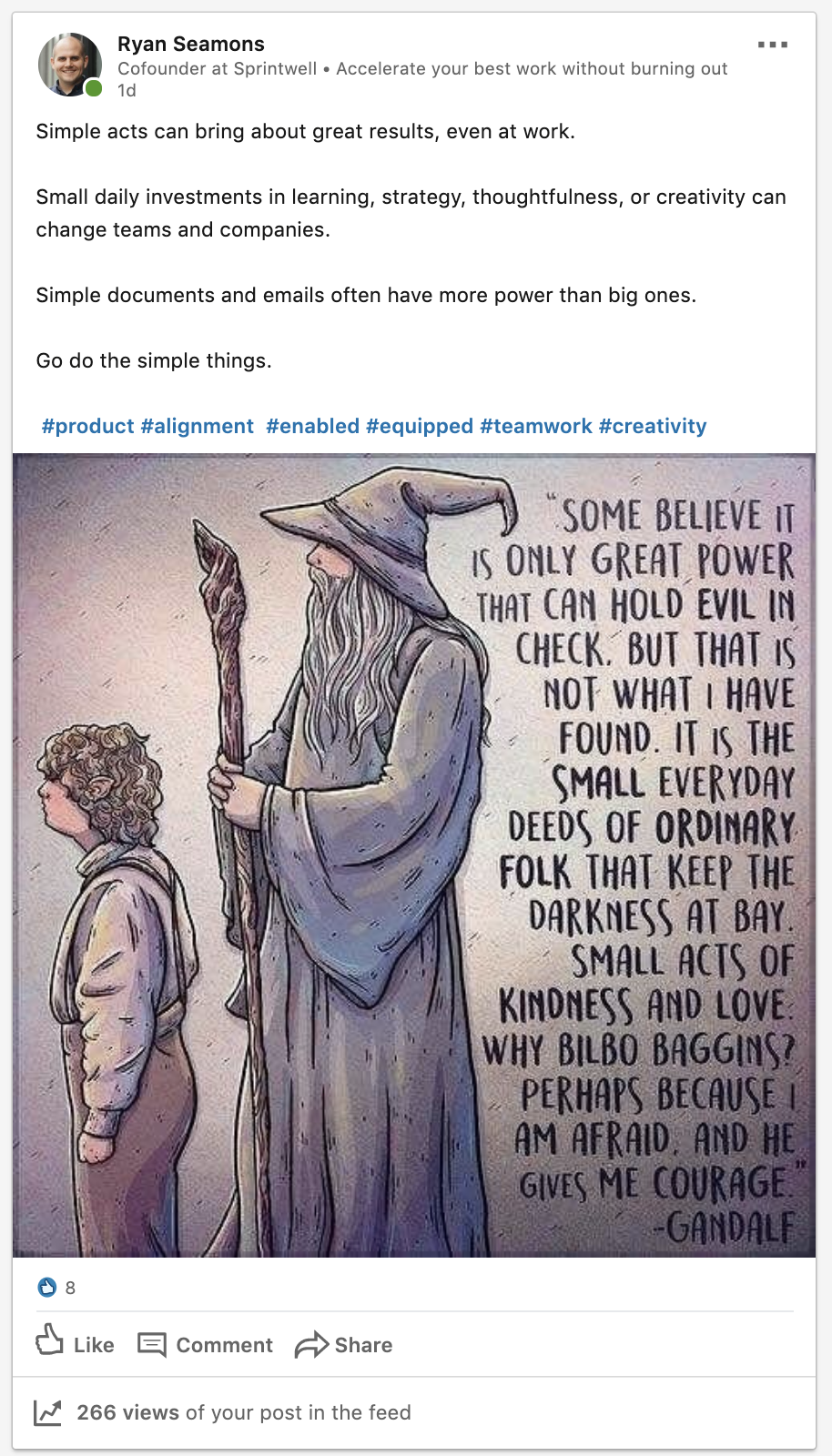 @sehlhorst @johncutlefish @Steven_Haines Better to find out quickly you are wrong than take a long time to find out.

The best teams assume most of their guesses will be wrong.

The ability to prioritize is a superpower.

If you want to be proactive vs reactive then you have to have an opinion about what problems are worth solving.

Servant leadership isn’t about how important you are. It’s about how influential you can be when you put others first.

What have you been learning about lately?