Building products and being a parent are both tough jobs that require immense amounts of influencing skill. Each week I share what I learn about the people side of product management to help leaders at work and at home go from unsure to unstoppable through influence.

Being willing to do whatever it takes to move a team forward is a valuable trait in any teammate. This is especially critical for product managers. It takes humility to flex and do what sometimes seems beneath you. But doing so can bring remarkable results.

Taysom Hill was a stand out quarterback for Brigham Young University, a school with a rich history of great quarterbacks. Yet despite Taysom’s skill, he faced some tough challenges: 4 seasons ended in injury.

He wasn’t supposed to go pro. He didn’t get drafted and seemed too injury-prone to compete at the next level. But he found a trainer and got ready for Pro Day with his teammates. It was his attitude that helped him stand out in the right way and get a shot. This is what happened after he’d done the quarterback drills on Pro Day (source):

A scout came up, I think he was with the Patriots, and asked Hill if he would run a few pass routes as a receiver and do some running back stuff.

Without hesitation, he said, ‘Yeah, I’d love to.’ He is a football player. He just loves the game. It was simple. He was playing football and it was like, of course, he would do anything to play. In this industry a lot of quarterbacks would get their noses bent out of shape or be insulted if asked to run routes or do running back drills, but he wasn’t that way at all.

He was enthusiastic and even motivated to show what he could do. This is what makes Taysom special and now he’s in his third season and everyone has witnessed what he can do. It is on full display, this attitude, his love to play and do anything he is asked without hesitation. It’s football, isn’t it?

Taysom has now built one of the most unique highlight films in NFL history. He just finished his 3rd season with the New Orlean’s Saints and put up some fun numbers for a 3rd string QB.

* 285 snaps on special teams, including a blocked punt

One of the most unique seasons we’ve seen in a while.

He’s willing to help wherever he can. That got him a spot on the kickoff coverage team. Then he started returning kicks. Then running, receiving, and finally actually playing QB.

His highlight reels are incredibly fun to watch.

This attitude is helpful in any role but critical for successful product managers. There are two aspects I look for when I’m hiring PMs:

One is about the way you approach the work. I’ve heard it described as someone who will “go through brick walls”. From one of the best answers about what distinguishes top product managers:

A 1% PM grinds it out. They do whatever is necessary to ship. They recognize no specific bounds to the scope of their role. As necessary, they recruit, they produce buttons, they do bizdev, they escalate, they tussle with internal counsel, they *.”

The other aspect is one I hear about less, but I believe it’s the most important part of sustained product management impact: servant leadership.

Stroshine said Hill handles himself the right way. He is humble, grateful, honest and real. He doesn’t seek the limelight but lets his actions speak for themselves. He is a great example and he’s persevering. You have to applaud a guy who does it the right way and keeps coming back with his mouth shut.

I strive to be this kind of leader. Someone without guile. It’s amazing what can happen when you don’t care who gets the credit.

There are so many skills that make product managers great, but without the respect of the people they work with, all that talent doesn’t matter. PMs more than any other role get their work done through others. They ensure a team is making decisions and moving forward.

I’ve seen a few times when the arrogance of a PM or product leader destroys trust and causes even talented teams to grind in friction. They may have good ideas. They may seem successful from the outside. But the negative long-term impact is real because people simply don’t want to work with them nor give the poor leader their best creative work.

Product managers who balance a wide talent profile with an attitude of doing whatever it takes to help the team win are multipliers for their team and just plain fun to work with.

How can you embody this trait?

One way to get started is to find the thing no one else wants to do and volunteer. Then make that thing better.

Another is to genuinely ask your teammates, “How can I make your day/week/job better?” and then go get it done.

I hope I’m always willing to reply, “Yeah, I’d love to,” when it comes to work that a teams needs to move forward. 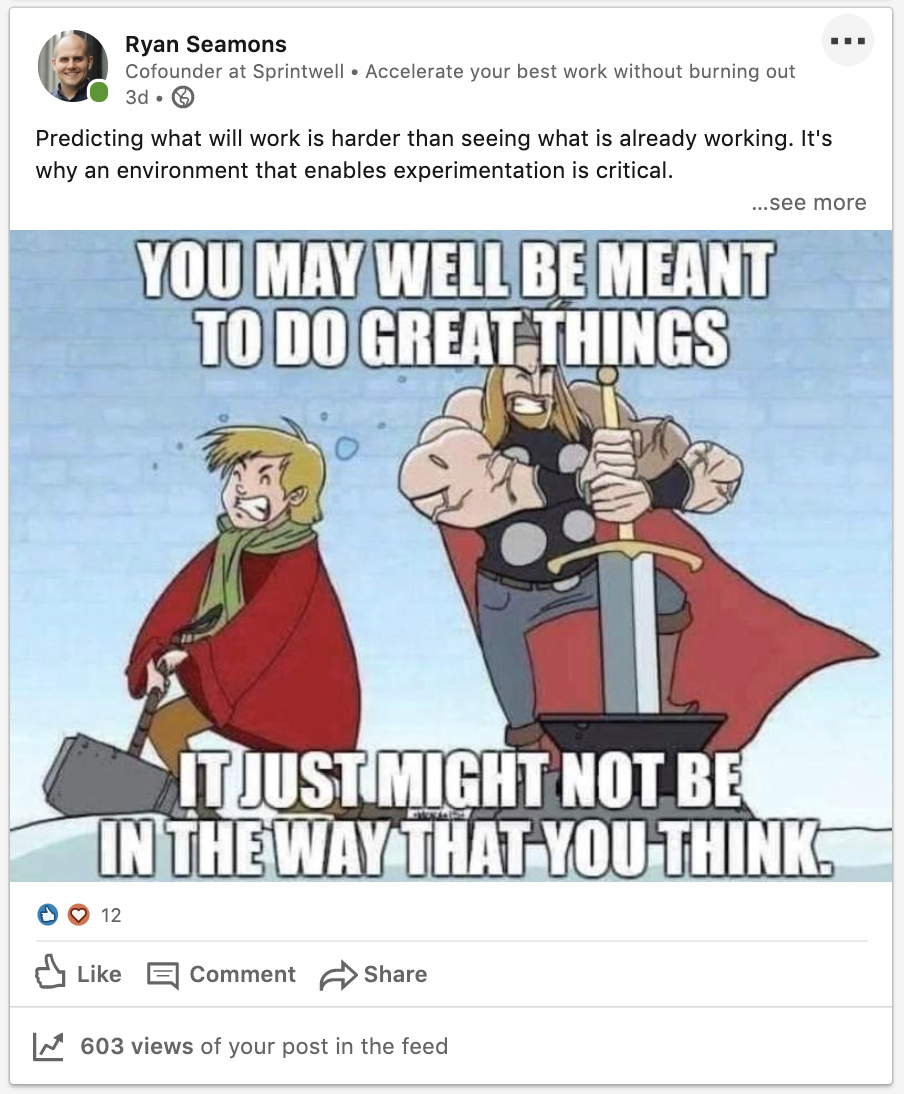 Done poorly the product manager role carries the biggest risk of tanking a team. The PM is primarily responsible for making sure the right decisions are being made (designers and devs often make those decisions).

The best way to figure something out is watch someone do it, then do it yourself.

Start where people are. Not where you want them to be.

Too often we expect people to change when we don’t yet understand their current state.

@KatJWin Humility is underrated by many leaders.

Way to find this out before the hire.

When you have a junk-filled backlog, that can be tricky.

@mattragland @MBAkinlabi @Shpigford It’s also more and more critical to learn skills that schools just don’t teach well. Here’s one IBM Institute study that shows the shift in executive perspective on the most important skills. Everything rising to the top can’t be learned only from a book. 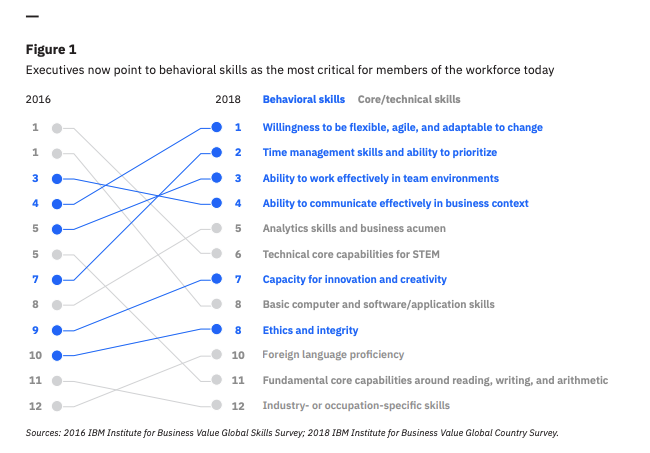 My co-founder and I are going to be releasing a new podcast about working with joy and the future of work. Reply to this email and let me know if you’d like early access.