4 lessons from a 100-year-old founder who's still working

Here are four lessons I learned from reading a recent interview with the still-working, 100-year-old founder:

The C.R. England company story has rich examples of the consequence of grit.

“When I was out there in the service and I was able to raise money, get enough money to get started, I was determined that we were gonna do it, and there was never a consideration, ‘Can we make it or not make it? Are we gonna get it done or not?’ It was a determination, ‘We’re gonna do it.’”

Even today, the founder is pushing forward:

When asked if he has plans to retire, England says without hesitation, “No.”

England returned home with $5,000 from selling his cigarette rations and, while he worked for the postal exchange, renting his car out to soldiers on their long weekends off. He, his dad and brother used that money to buy a used Kenworth truck, their first “big truck.”

Sacrificing to make something work, especially in the early days, is critical to the success of any company, product, or family. Most opportunities are disguised as work (the original quote some know is likely not from Edison).

Gene won’t tell others how many miles he has driven. When asked for the number he responds:

“I don’t want to brag. I just drove every chance I got.”

Humility is the most underrated leadership skill. Developing the confidence to be humble, even amidst success, is a worthwhile pursuit.

“As I reflect back over all those years, it’s been a very happy memory. And we had so many people who have served us, even families that have worked for us so many years. And that’s been some of the happiest part of my career, is to visit with those people and show appreciation to them for what they’ve done for us. Great people,” England said.

This is one of my chief desires in founding a company — to work with people for whom I can show appreciation. I can think of no greater work achievement for myself than to have my team members say that I made meaningful impact on their lives professionally and personally.

It doesn’t matter how good your insight is if no one will follow you to the treasure.

In a world where the toughest challenges will be solved by teams, you have to not just be smart, but also be inspiring. Learning how to attract, retain, form, and motivate a team that not only has the hard skills but also the collaborative skills is increasingly what differentiates companies that win.

Read the full write-up of the interview to learn more from England’s experience. I always enjoy reading wisdom from those who have diligently built successful companies that aren’t constantly in the limelight. 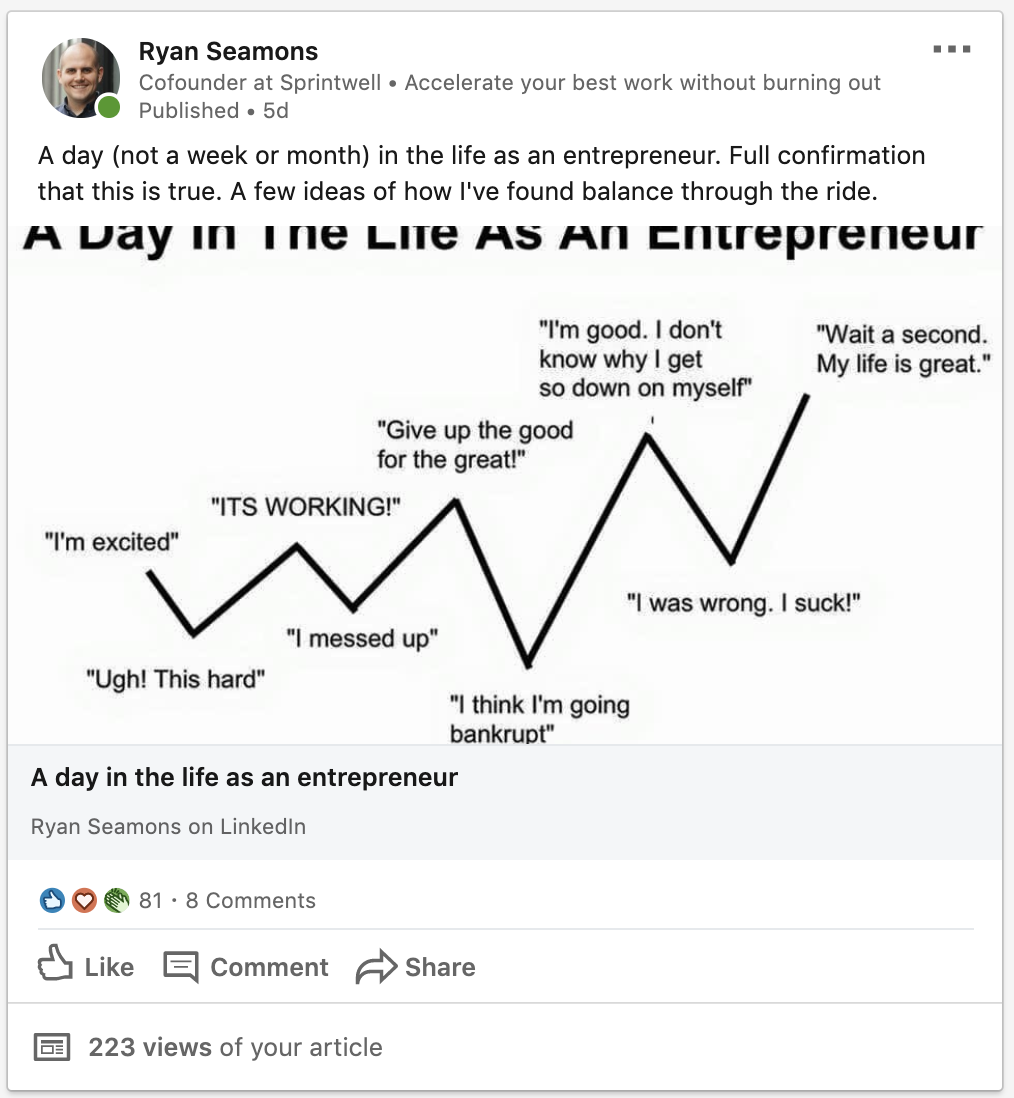 A little time organizing the work saves a ton of time doing the work.

Bonus if everyone helps organize the work.